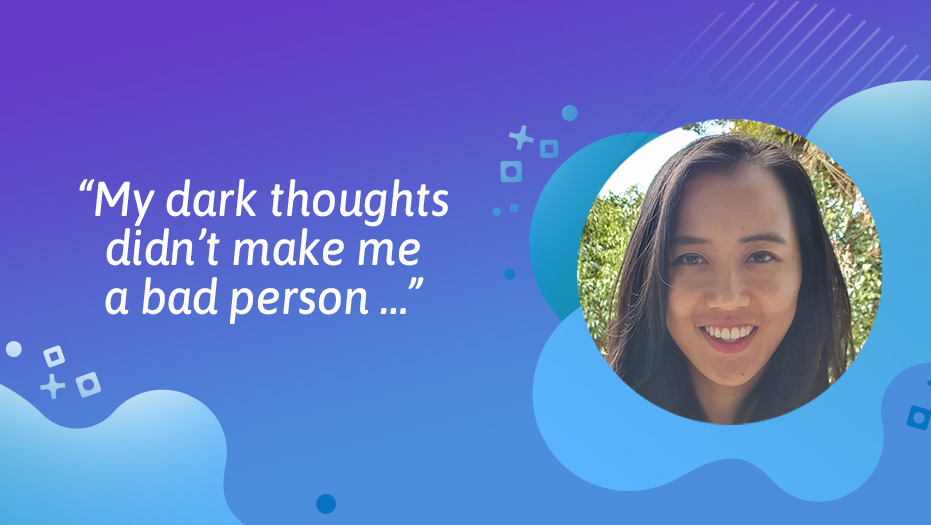 When I was in my late 20s I started to think about having a family – but it uncovered some real doubts in me about how I would cope. At the same time, I was in a really stressful new job, had a lot of family stuff going on, and the pandemic was just kicking off.

I started to see a therapist, but my anxiety snowballed very quickly. All of a sudden, I was making dinner and holding a knife, and I started thinking, ‘What if I hurt my husband with this right now? What if I went out on the streets and started hurting randoms?’

I literally stopped sleeping because I was so worried about the safety of others around me. It spiraled into violent and sexual thoughts, which terrified me. Within six weeks, I no longer wanted to live, so I called the mental health crisis team and found myself in respite care.

I had already seen several health professionals, but no one had mentioned OCD to me. In respite, I saw a psychologist and spent 45 minutes trying to convince her how dangerous I was.

"What if I hurt my husband with this right now? What if I went out on the streets and started hurting randoms?"

Instead, she told me I had OCD and was experiencing ‘intrusive thoughts’. She asked me if I liked those thoughts – of course, I said ‘no’. Then she explained the difference between someone who has OCD and, say, a psychopath. The person with OCD hates those thoughts and doesn’t want them. Actually, the root of OCD is not anxiety, it is fear – you are fearful of the thoughts you are having.

My type of OCD is often nicknamed Pure O, because you have the obsessions, but you don’t have the routines. Your compulsions are in your head.

My obsession was that I was a dangerous person – often called ‘Harm OCD’ – and my compulsions were to avoid things, look for evidence and seek reassurance.

"OCD is debilitating, but I a hundred percent know that you can recover."

The most helpful thing for me has been ‘exposure therapy’. I have to allow myself to have the horrible thoughts, and just sit with it. It does feel consuming and I feel very anxious. But after a while, I’ve discovered the anxiety comes down. And what happens is that your brain actually gets bored with the thought, and it goes away.

By exposing myself a little bit more at a time, I’ve slowly been able to begin enjoying life again. OCD is debilitating, but I a hundred percent know that you can recover.