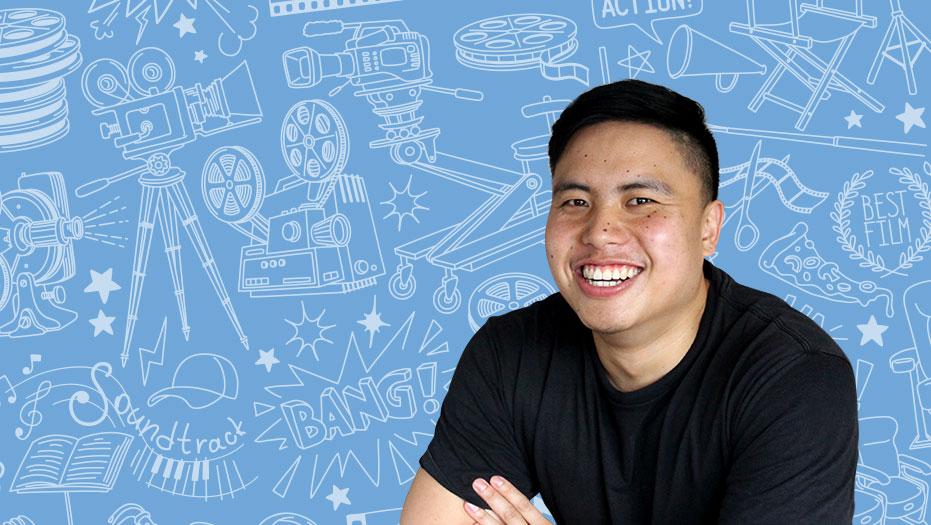 Growing up the son of a Cambodian refugee, acclaimed young director Isaiah Tour says creating the ‘We See You’ mental health campaign had a deeply personal meaning.

The mental health video has been going viral in New Zealand with around 200,000 views on social media. It makes a strong visual impact, zooming in on the eyes of over 20 diverse Kiwis, who express emotions from despair to joy.

For Isaiah, who is a first-generation Kiwi, this message strikes a personal note. His father escaped Cambodia during the genocide and bloodshed of the Khmer Rouge in the 1970s.

At only 19, he arrived in Auckland as a refugee and found a job in a box factory—where he has worked ever since. He made a life for himself, eventually getting married and starting a family.

Isaiah is the family’s first-born, and acknowledges that his father’s trauma had a deep impact:

'At the time it was “uncool” to speak Chinese ... It was considered unattractive to be an Asian male.’

‘My dad worked the night shift, so I never saw him much growing up,’ recalls Isaiah, who made an award-winning short film about his father called A Life Like This. ‘He isn’t proficient in English, so there was also the language barrier. It felt like we only communicated through yelling, since there was frustration that we couldn’t understand each other.’

His father suffered from social anxiety and feared being in danger—these anxieties led to hoarding.

‘There was a lot of responsibility on us as children to do things like pay bills and take responsibility for adult interactions, so we had to be mature really young. I really looked to my teachers to be parental figures.’

Then there was the casual racism growing up: ‘At the time it was “uncool” to speak Chinese, and it made me want to be more Kiwi or white. It was considered unattractive to be an Asian male,’ recalls Isaiah, who experienced horrific online abuse for his Asian heritage.

As a result, Isaiah has his own mental health struggles. ‘That social anxiety has trickled down, and I struggle with some interactions,’ he says. ‘I tend to be a high achiever because of that anxiety, but it was hard to form any sense of self-worth.’

‘We’ve become much better at talking about mental health, but we still struggle to ask for help ourselves.’

‘The video challenges the “no worries” identity we often have as Kiwis,’ says general manager Charlie David. ‘We’ve become much better at talking about mental health, but we still struggle to ask for help ourselves.’

Designed by clinicians, Just a Thought courses are based on Cognitive Behaviourial Therapy (CBT), which teaches the same skills as traditional talk therapy—helping people improve their depression or anxiety.

‘Over Covid, what we saw was that it became more acceptable to ask, ‘Are you Ok?’, adds Charlie. ‘We hope our video will let Kiwis know that if the answer is ‘No. I’m not OK’ they don’t need to tough it out – there is a way through. There is hope and they can get help.’