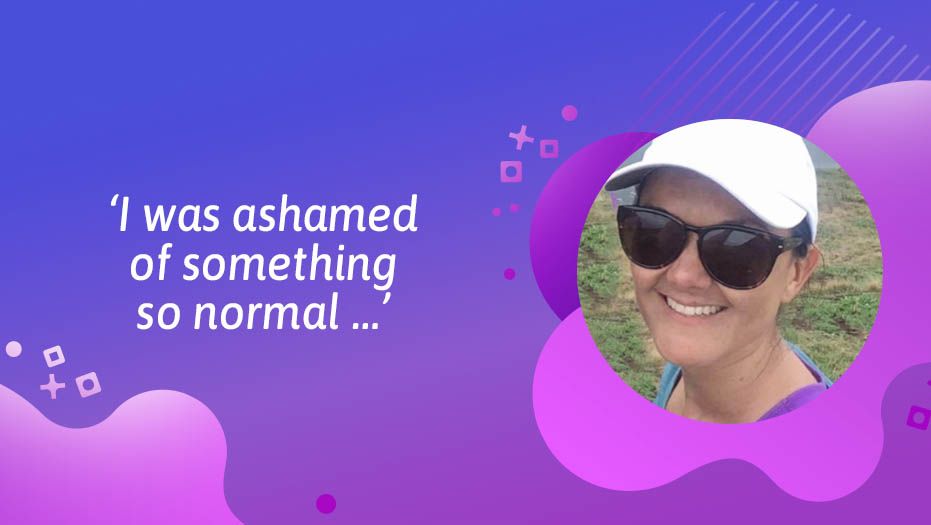 I remember the first time I had my obsessive thought. I was sitting in class with my friend when I was 12, and she had a boyfriend. I felt this pang of jealousy.

I started having this feeling of panic, because I felt it was wrong to be jealous. I wanted to run away but I was stuck in class and having heart palpitations, and I just swallowed. And then I noticed that I was swallowing and couldn’t stop.

I attached that feeling of panic with swallowing. Every time I went to that class, I would have a panic attack and couldn’t stop swallowing.

At first it was sporadic. I would be playing with friends, and all of a sudden I would stop and think, ‘What if they find out I have this horrible panicking swallowing problem?’ Then that would make me start swallowing, and I would think, ‘I’m making them feel uncomfortable’. So I would pull away, and I lost a lot of my friends.

I went from being very open and friendly, to pulling away from people and becoming more and more depressed. There was a lot of shame behind it, and a lot of self-rejection, so I felt like I couldn’t tell anyone.

" ... if I was talking to someone, all I could think about was how uncomfortable I was making them feel because of my swallowing ... "

Eventually I did tell my mum and dad, and my dad said to me, ‘Don’t tell anyone’. So that really confirmed my worst fears.

Honestly, I don’t know how I made it through school and university – if I was talking to someone, all I could think about was how uncomfortable I was making them feel because of my swallowing. I ostracized myself and couldn’t look people in the eye. I would describe as like being underwater and not being able to breathe.

But at university, I met my husband. I told him right at the beginning that I suffer from depression, and told him about my swallowing. I was very vulnerable, but he allowed me to just be, and he stuck with me.

When we had our second child, I looked at my baby and I thought, ‘I can’t keep living like this’. That’s when I started to see a CBT (Cognitive Behavioural Therapy) therapist. I learnt that I have Somatic OCD, which is when your obsession is around an automatic body system - like breathing, blinking or digestion. My theme just happens to be swallowing.

With the therapist, I did exposure therapy. She would talk me though an incident where I felt really anxious. Then I would imagine myself putting my hand on the shoulder of my younger self, and telling myself that I was going to be fine. That would bring a calmness to my memory.

I did that repeatedly, bringing calm to those memories and training my brain not to get stuck in that loop of panic and swallowing.

I still struggle with feelings of shame and like I’m making others feel uncomfortable – but I now know that those thoughts aren’t true. To be able to talk about it is a huge thing for me – and I want others to know that there is help there for them, and that they are safe and understood.